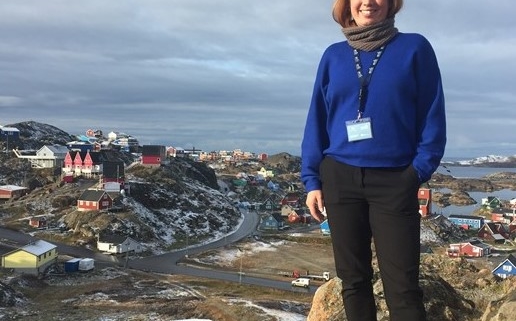 Since 2017, Arctic Consensus has been initiating partner in a PhD project about the Greenlandic labour force. PhD-fellow Verena Gisela Huppert has been affiliated with Arctic Consensus both before and during the PhD program. The PhD project studies the job preferences of the Greenlandic labour force, with the aim to give recommendations to companies’ current and future measures on recruitment and retention of labour. The project is a collaboration between Aalborg University, the municipality of Sermersooq, Greenland Business Association, Port of Aalborg and Arctic Consensus.

Initiated in 2017, the project is planned to be finished by summer 2020. In its process, a close contact to a variety of Greenlandic companies has been established, both public, government-owned and private companies. The interface ranged from top management to employees on the floor.

Being based on the challenges that the Greenlandic business community faces, the project’s results can contribute to strengthen businesses. Detailed knowledge about the needs and wishes of the labour force will be useful for both local and external businesses when it comes to recruitment and retention of their employees in Greenland.

During the course of the project, its results were continuously discussed and disseminated, both to partners as well as to the general public. Among others, Verena has held presentations for the Arctic Futures Symposium (Brussels, 2019), Arctic Circle Assembly (Reykjavík, 2018), Future Greenland (Nuuk, 2017) as well as a series of internal meetings with the participating companies.

Once the project is handed in this summer, the most important and exciting dissemination task awaits – the dissemination of results to business partners and stakeholders. This will be done through both presentations and workshops during autumn 2020 on both sides of the Atlantic.

For more information, Verena can be reached at vh@arctic-consensus.com.

COVID-19: Guarantee scheme for SMEs in Denmark, The Faroe Islands and Green...